Why No-Code Software Will Be Everywhere by 2024

What does the future of technology hold? Some say it’s a rise in robotics or perhaps new artificial intelligence (AI) optimized ways of life. But when it comes to the working world, one of the most significant changes that will come shortly is a move away from hard coding, and toward a no-code workplace.

By 2024, no-code software will dominate the tech sector and beyond.

The tech sector has long hailed these forms of software as a way to democratize the web, and give the average worker the ability to do the kind of work that was once reserved only for the software engineers among us. From app development, to account reconciliation, to customer journey mapping, we’re moving toward a future where automation will replace the work typically completed by people in all types of industries.

But, of course, that increase in automation goes hand in hand with a no-code future.

When discussing a no-code future, we must acknowledge that this concept isn’t so far off. On the contrary, one could argue it’s already here. It’s changed the modern workplace and created a new class of citizen developers.

When we hear the word “code,” our minds often jump to the image of a software engineer, plugging away in a language many others cannot comprehend. And although no-code applications can make a software engineer’s work more streamlined, they can also benefit others in the workplace. With the rise of no-code applications came the birth of what’s known as citizen developers.

These citizen developers are no-code users who do not come from a software engineering background, and they prove the future of tech is not in the hands of the minority but the majority.

They might even be social media marketers using a no-code scheduling tool to maintain their business’s social presence. The limit for citizen developers simply does not exist. The workplace often moves toward further automation, which requires more no-code applications.

While no-code software benefits citizen developers, it also is a boon to more traditional developers. Coding is a long process, made even longer, perhaps ironically, because software developers are often on a tight deadline. It’s not uncommon for a software developer to backtrack after beginning to code to solve the wrong problem.

Because no-code software streamlines the development process and removes a great deal of time often spent coding, software developers can spend more time on the other crucial aspects of their jobs, namely problem-solving.

As technology moves toward a no-code future, we’ll likely see the software developer’s day-to-day work change. That change might end up being for the best. With more time to focus on solving problems, software developers will have less need to backtrack. This adjustment will likely save time on projects, advancing their technology in ways that were not possible without no-code software.

You may expect 2024 is a tight turnaround time for the tech world to move toward a no-code future. You may believe tech companies are unwilling to invest in such monumental changes in just a few years.

But the truth is tech companies are already looking for ways to automate their processes and address growing needs.

Some of the most significant demands the tech sector must address are a widening skills gap and a need to keep up with the ever-increasing transformation of tech.

As no-code automates time-consuming processes, it will be necessary for companies to adopt these applications to keep up with their competitors. However, as far as the widening skills gap is concerned, no-code software helps alleviate these concerns by allowing every employee to become a citizen developer.

The No-Code Future is Already Here

As of 2021, 455 million websites are using WordPress, which offers both no-code and low-code ways of developing a website, as their CMS platform. Before developing sites like Wix, WordPress, and Squarespace, all website production required code knowledge.

With the move toward web democratization, these platforms allowed the average person to build their own websites.

Business owners found new forms of selling online, making e-commerce boom. In fact, as of 2022, over 6.3 million websites use WordPress’s WooCommerce plugin, demonstrating how no-code applications have shaped the online world of e-commerce.

No-code has also changed our in-person and online workplaces. In today’s working world, we’ve come to accept that automation will speed up processes that once took a great deal of our time. But that automation often comes from no-code or low-code applications.

For instance, the project management tool monday.com, which over 152,000 companies use as of 2021, contains features that allow for the automatic syncing of data, the integration of other work functionality tools, and the customization of apps needed for your business.

Particularly as the workplace has gone virtual, these project management tools have become essential to keeping employees on track and together.

No-code technology can sound like a far-off fantasy, but the reality is it’s already here. No-code software has created a world full of citizen developers, reducing skills gaps and creating new ways for people without coding experience to change the working world.

Although 2024 may seem like a short time for tech companies to adapt to the no-code future, many have already begun, whether through project management software, app creation, or another form of automation. 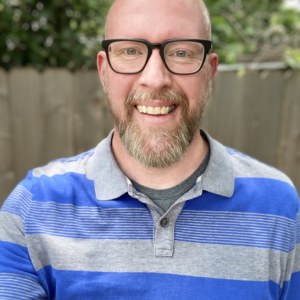 MarTech Trends: What Technologies Live Up to the Hype?