An ad exchange is a digital marketplace where buyers and sellers come together and enter into a real-time bidding process to buy and sell ad space.

What Is an Ad Exchange?

An ad exchange is a technology platform where buyers and sellers connect to sell and purchase ad inventory. It sits in the middle of the advertising transaction process between supply side platforms (publishers) and demand side platforms (brands).

There are two types of ad exchanges:

Ad exchanges and ad networks are not the same. An ad network is a platform that connects to multiple websites that offer ads and makes that ad inventory available to buyers at a set marked-up rate. Essentially, the ad network acts as a reseller of ad space.

An ad exchange is a digital marketplace where buyers and sellers come together and enter into a real-time bidding process to buy and sell ad space. An ad exchange connects to supply side platforms (SSP) on the seller side and demand side platforms (DSP) on the buyer side, along with multiple ad networks. Ad exchanges are often compared to the trading floor of a stock market, while ad networks are compared to stockbrokers.

Ad exchanges have had their challenges over the years, including:

With millions of impressions moving in and out of ad exchanges daily, it’s difficult for brands to track where and when ads are showing or for publishers to know who is advertising on their website. Some challenges are related to brand safety. The last thing a brand needs is to have its ads show up on inappropriate websites or web pages where the highly controversial or improper content resides.

Ad exchanges are not regulated, and these challenges have led to many changes related to brand safety. Many ad exchanges work with the Trustworthy Accountability Group (TAG) to protect their customers against fraud, piracy, and malware. They also follow guidelines established by the IAB and other industry organizations.

There are many ad exchange companies where advertisers can buy ad space. Here are some of the most well-known.

The Google Ad Exchange (AdX) supports Google Display Network publishers but is only available to premium publishers and advertisers. It provides both an open exchange and private marketplaces. Advertisers that use Google Adsense get access to AdX by working with certified ad networks. Google Ad Manager is certified against piracy, fraud, and malware by the TAG.

The OpenX ad exchange is one of the industry’s largest independent exchanges reaching over 240 million US consumers monthly. It is certified against piracy under the TAG Program Inventory Quality Guidelines and works with the group on several other anti-fraud programs. The OpenX exchange supports all ad formats and provides first-look deals, programmatic direct buying, and header bidding capabilities.

Magnite provides a global ad exchange with over 60,000 app publishers, one million websites, and 900,000 advertisers. It also offers Deals, a private programmatic marketplace.

Xandr offers a supply side platform, an ad exchange, and a demand side platform (DSP). The company is owned by AT&T and has one of the largest ad exchanges in the world. Xandr provides an ad server for programmatic selling and direct deals. It also introduced Xandr Curate, a self-service platform that enables advertisers to sell packages of inventory aimed at a specific audience.

Verizon Media provides solutions for advertising sellers and buyers, including the Verizon Media Exchange, which reaches over 900 million global unique consumers every month, and the Video Exchange. Verizon Media exchanges support inventory management such as header bidding, programmatic and direct deals and comply with privacy regulations.

The Index Exchange (IX) is an independent global advertising marketplace. It’s one of the only exchanges that doesn’t provide sell-side solutions. IX is certified by TAG against anti-fraud, anti-piracy, and malware.

Smaato offers several solutions for advertising buyers and sellers. Its ad exchange gives sellers complete control over who and how they sell their ad space, including through a real-time bidding open auction or private marketplaces. Smaato also supports brand safety through certification with TAG against fraud.

Smarty Ads provides white-label solutions for buyers and sellers, including a white-label RTB marketplace solution. The solution features a real-time bidder for programmatic auctions and a video player for video advertising. Smart.io is used by AdTech/Media Startups, Agencies, and Ad Networks to implement their own exchange. 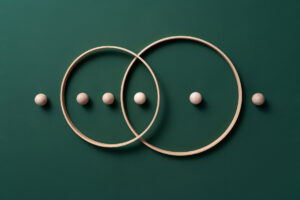 We talked to the leading CDP industry luminaries and trend-setters, getting advice and suggestions for best practices when selecting and using a CDP. 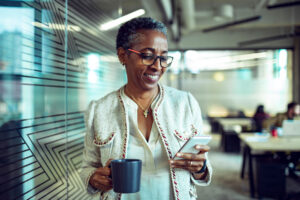 What is the CIO’s Role in Selecting a CDP?

CIOs should take a primary role to discuss the need for CDPs, the growth opportunities CDPs enable, and the due diligence on the scalability, security, and flexibility of customer profile data solutions.